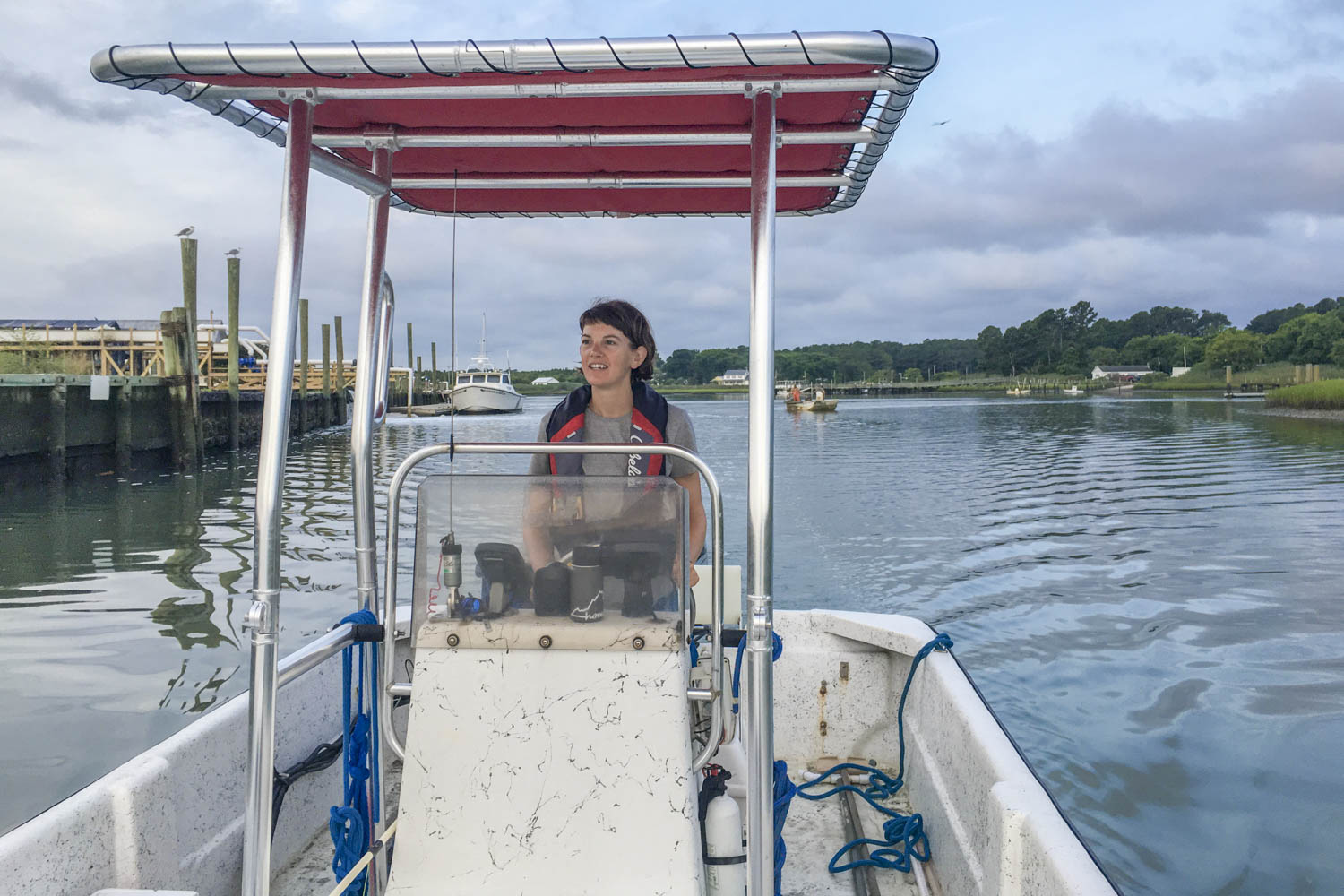 Effective April 9, 2018, Dr. Cora A. Johnston has  taken on the role of Site Director for the Anheuser-Busch Coastal Research Center.   She will also direct the Education and Outreach programs, with assistance from Donna Fauber.

Cora is a coastal ecologist, who recently completed a post-doctoral research appointment at the University of California – Santa Barbara. She comes to us with an impressive combination of collaborative and leadership skills, ecological research experience, and training in STEM education and outreach.

Cora grew up on the Eastern Shore, and so has a strong sense of place for the ecosystems and people of the region.

The broad coastal community of the Eastern Shore of Virginia has lost a true and caring friend with the untimely death of Arthur Schwarzschild on March 15, 2017. The victim of a heart attack Arthur will be missed by his family, his many friends on Virginia’s Eastern Shore, his colleagues at the University of Virginia, and many others. His life was characterized by his passion, integrity and compassion for his fellow humans. Whether teaching students, serving as a local elections official or advocating for the important local causes that he held dear, these traits were right up front.

After receiving his Bachelors degree from the University of Delaware in 1988, Arthur matriculated to the Virginia Institute of Marine Sciences and received his Master Degree in 1993. Then after working with the Southeast Fisheries Science Center (a part of the National Marine Fisheries Service), in Beaufort North Carolina he entered the doctoral program in the University of Virginia, graduating in 2004. He subsequently moved to the Eastern Shore of Virginia to become the founding Director of the UVA Anheuser Busch Coastal Research Center, Site Director and Education/Outreach Coordinator of the Virginia Coast Reserve Long-Term Ecological Research (LTER) Program in Oyster Virginia, where he oversaw the facility and developed a strong education program that combined the expression of coastal science through studio art and the written word. During this time he also served as a member of the local Climate Action Working Group and as a lifetime member of Citizens for a Better Eastern Shore. In his role as the VCR LTER Education/Outreach Coordinator, Art also reached out to the local schools of Northampton County to provide students with additional insight into the magnificent beauty of the coastal environment. Never one to turn down a request for help, he has touched the lives of literally thousands of teachers, high school students and undergraduate and graduate students at UVA and other Universities. It is through these students that his legacy remains.

Arthur is survived by his mother and father, Carol and Bill Schwarzschild, his two brothers, Edward and Jeffery Schwarzschild, his longtime girl-friend, Emily Boone, and the many lives he touched throughout his life. As his father wrote after his untimely death… “You can close your eyes and pray that Arthur will come back, or you can open your eyes and see all he left behind. Your heart can be empty because you can’t see him, or you can be full of the love you have shared with him.” Art’s cremated remains were returned to the water of the Eastern Shore he so loved. A Memorial Service and reception to celebrate his life will be held at the Anheuser Busch Coast Research Center in Oyster, Virginia on Virginia’s Eastern Shore on April 22, 2017 beginning at 5:00 P.M. Friends and family are invited to share their stories and remembrances of Art at the service.