RESTORATION OF NATIVE SEAGRASS – The VCR LTER site is home to the most successful seagrass restoration effort in the world. This setting provides an unparalleled opportunity for scientists to study the effects of expanding seagrass populations on the ecological and hydrological dynamics of coastal lagoons. 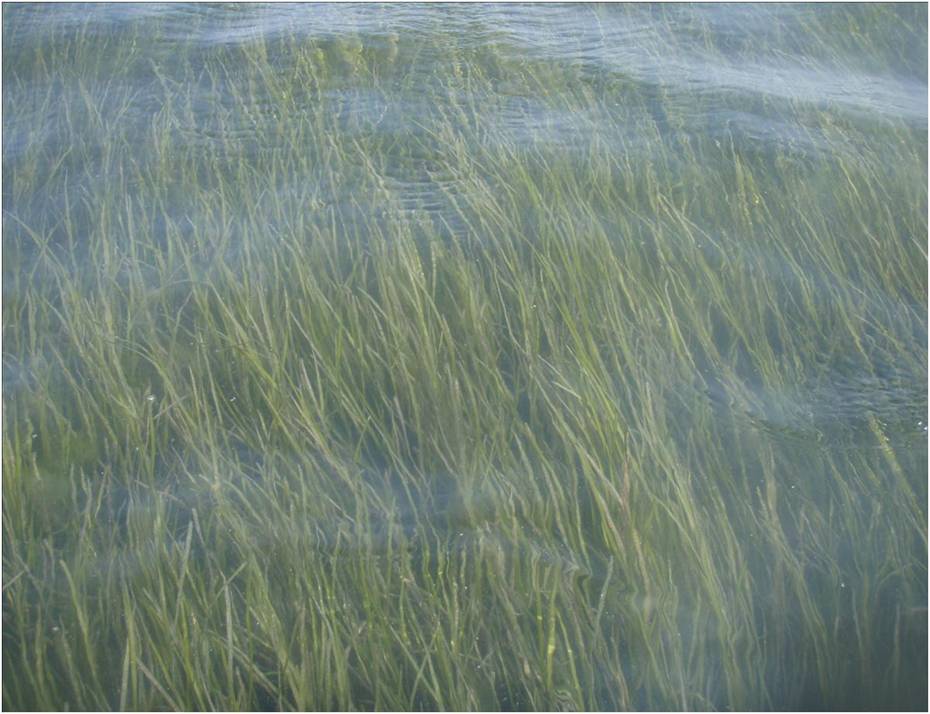 In coastal lagoons, seagrasses act as “foundation” species in that they determine the structure of the ecosystem and provide habitat for other marine organisms. The seagrass Zostera marina (eelgrass) historically has been the dominant primary producer in the coastal lagoons of Virginia’s Eastern Shore, but when a combination of disease and hurricane activity obliterated the seagrass population in 1933, the consequences for both the ecosystem and the local communities were severe. Without seagrass to baffle currents and stabilize the lagoon floor, sediment clouded the water column, choking off the shellfish populations upon which the Eastern Shore’s seafood-based economy depended. Macroalgae became the dominant primary producers, habitat for fish and invertebrates degraded, and the Eastern Shore counties went from being among the most prosperous to among the poorest in the state.

Decades later, the surprising discovery of small, naturally occurring patches of seagrass in the 1990s motivated a large-scale restoration effort organized by the Virginia Institute of Marine Science (VIMS) and The Nature Conservancy (TNC) ( http://web.vims.edu/bio/sav/restoration/index.html ). This project has since become the most successful (per area restored) of its kind in the world, providing an exciting opportunity to study the long-term effects of seagrass restoration in coastal lagoons.

Through a combination of collaborative annual surveys and individual projects, scientists in the VCR are investigating genetic, ecological, and hydrological dynamics in restored seagrass beds. VCR researchers have found that genetic diversity in seagrass beds is positively correlated with the success of restoration, suggesting that seed broadcasting (which supports high genetic diversity) is a more useful approach than the traditional transplantation method (which can limit genetic diversity) used in other restoration projects. Comparisons between restored seagrass meadows and unvegetated sites have revealed that the presence of seagrass increases two key ecological metrics: 1) net ecosystem metabolism (NEM), or the balance of productivity (growth) and respiration (energy absorption), and 2) nitrogen (N) fixation, or the conversion of atmospheric N to biologically viable compounds, in this case by sediment-dwelling bacteria associated with seagrass beds. 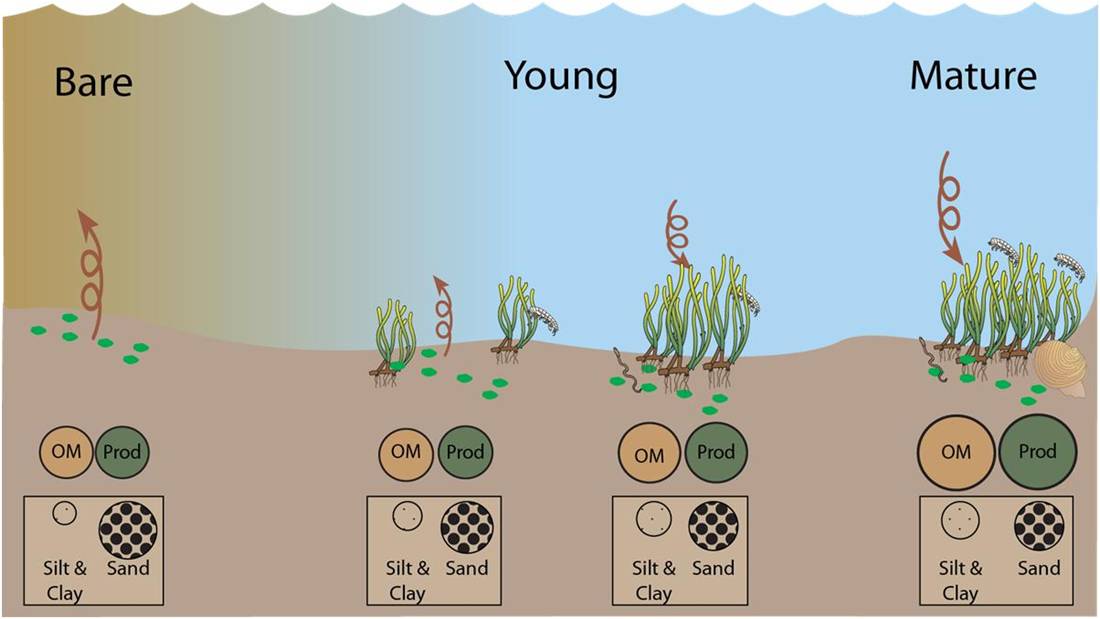 NEM and N fixation in seagrass communities are closely linked to variations in light availability. At the same time, seagrass itself affects light availability by altering hydrodynamic conditions. Specifically, seagrass beds dampen wave energy, decrease turbulence near the lagoon floor, and decrease tidal current velocities with the overall effect of decreasing suspended sediment concentrations. As seagrass expansion continues to stabilize the sediment, both through rooting and through the modification of hydrodynamics, water clarity is likely to increase overall, allowing light to penetrate deeper and promoting the continued spread of seagrass in a positive feedback. Moreover, the resultant increase in N fixation may enlarge the pool of biologically available N (i.e., seagrass beds may essentially self-fertilize), further supporting recolonization. If seagrass recovers to its historic extent, N fixation will likely approximate the atmospheric and terrestrial inputs of N to the system.

Fish seining and isotope analyses suggest that the habitat provided by restored seagrass beds is already increasing the abundance and diversity of fish and invertebrate populations. Ultimately, the recovery of this foundation species will have transformative, long-term effects on ecosystem dynamics in the Virginia coastal lagoons.

Caption: Seagrass (Zostera marina) growing in a lagoon in the VCR LTER site.

Caption: Conceptual model of the effects of seagrass restoration on lagoonal ecosystems. As a foundation species, seagrass provides a number of ecosystem services. For example, the presence of seagrass increases primary productivity and the availability of organic matter and nutrients in the sediment. As seagrass beds mature, they gradually improve the clarity of the water column by stabilizing the sediment surface and baffling currents, causing fine suspended particles to settle; eventually, this increases the proportion of silt and clay relative to sand on the lagoon floor. Seagrass beds also create structural habitat for fish and invertebrates like worms and shellfish.