WATERBIRDS IN CRISIS – Studies of waterbirds in the VCR LTER site have shown that many species have declined considerably since the 1970s, in spite of pristine environmental conditions. Predation and climate-driven changes in habitat availability pose the most serious threats to these species. 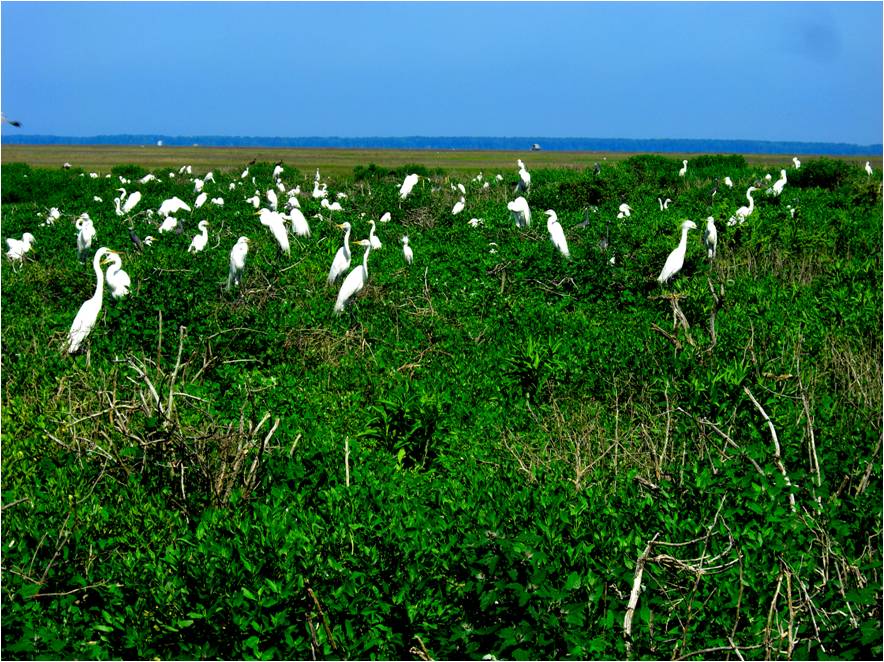 However, in spite of the protected status of the VCR, long-term monitoring has revealed that seabirds such as black skimmers and common, gull-billed and royal terns have experienced significant regional population declines since the 1970s. For these and other ground-nesting seabirds (e.g., piping plovers, American oystercatchers), VCR researchers have found that the major factors affecting colony site selection and breeding success include: 1) physical processes, such as overwash during storm events (a phenomenon which is likely to increase with the effects of climate change), and 2) biological processes, such as the presence of competitors like gulls and, especially, mammalian predators like raccoons and red foxes. Several wading birds also have declined substantially, including black-crowned night herons and snowy and cattle egrets. As sea-level rise accelerates, VCR researchers predict that marsh loss due to inundation and erosion has the potential to severely impact habitat availability for both wading birds and seabirds. 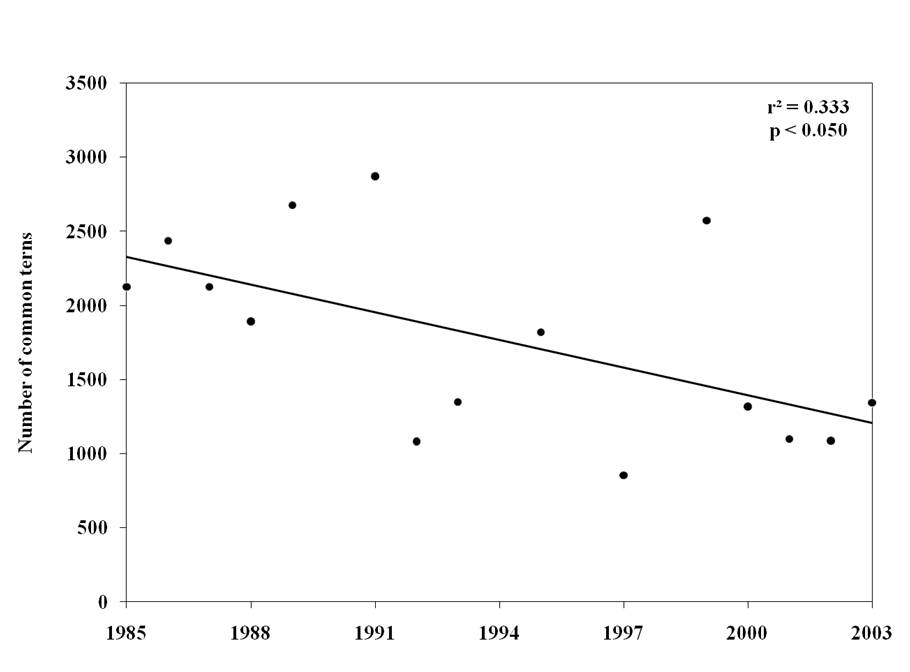 Despite the threats to waterbirds presented by disturbance, predation, and habitat loss, however, long-term monitoring has also shown that white ibises and brown pelicans have extended their ranges recently (ca. 1990) to include the VCR. Furthermore, double-crested cormorant and glossy ibis numbers have increased. Cutting-edge analyses of feather growth bars – light and dark bands analogous to tree rings, in this case representing one 24-hour period of growth in a fledgling bird suggest that nutritional conditions may cause developmental differences between cormorants and ibises living in the VCR and those living in an urbanized New York estuary. Thus, while predation and climate change constitute serious threats to waterbirds regardless of habitat quality, pristine coastal environments like the VCR do play an important role in the health and status of waterbird populations.

Caption: Declining numbers of common terns along the mid-Atlantic coast (including the VCR LTER site).