MOBILE MAMMAL POPULATIONS – Over thirty years of monitoring in the VCR has shown that mammal populations are highly variable in time and space. Small mammal diversity varies with barrier island area and elevation, while mammalian predators like red foxes and raccoons move between islands in search of resources – with negative consequences for threatened waterbird species.

Mammals living in the VCR LTER site range from mice and other small rodents to raccoons and red foxes. For small mammal communities, barrier island landscape dynamics control the size, distribution, and diversity of populations. Specifically, island area and elevation influence both the extent and the heterogeneity of available habitat, which in turn affect population dynamics. Small, low-relief islands tend to be environmentally uniform (grassy dunes and overwash flats), and thus can only support species that favor this specific set of conditions (e.g., house mice). Large, high-relief islands are characterized by a range of environments including dunes, marshy swales, and uplands with woody vegetation (e.g., shrub thickets, maritime forests); as a result, they can provide habitat for a wider variety of species, as well as a larger number of individuals. 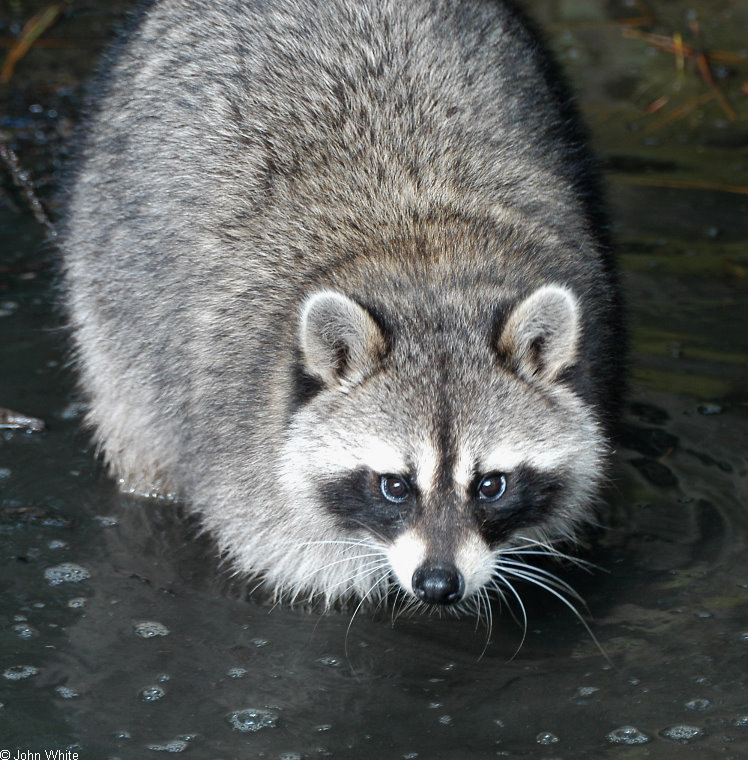 This close relationship between landscape dynamics and small mammal communities has allowed VCR researchers to predict several local extinctions of insular populations based on the decline or disappearance of specific habitat types. While individual storm overwash events and gradual morphologic changes on barrier islands do not appear to significantly affect small mammal populations, large-scale habitat loss forced by rapid shoreline change can seriously reduce numbers. For instance, mouse populations on Myrtle Island have been decimated by the relatively sudden conversion of this barrier from a large, environmentally diverse island to a narrow sand bar. As barrier islands continue to evolve in response to changing climate conditions, the distributions of small mammal communities will also change as a result.

The presence of mammalian predators (raccoons and red foxes) in the VCR barrier islands increased after the emigration of humans to the mainland in the mid-1900s. Unlike small mammals, the distribution of predators is not a function of barrier island morphology; rather, long-term monitoring has shown that predators are highly mobile throughout the barrier system, with recurrent periods of colonization and decline. Predator migration patterns are based on “least-cost” paths, or routes between islands and the mainland that require the least expenditure of energy. 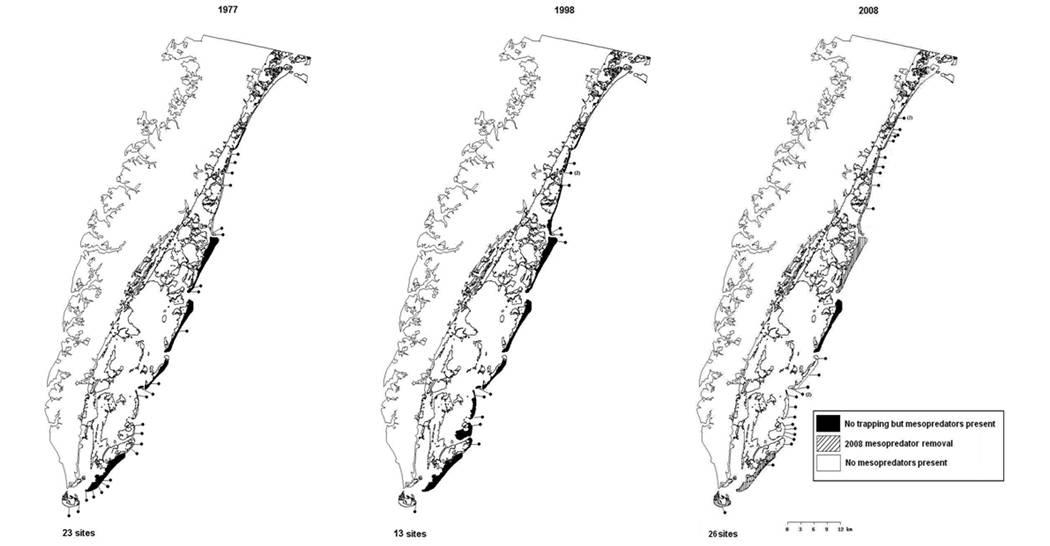 The expansion of these dynamic predator populations has had severely detrimental impacts on the threatened waterbird species that nest in the VCR, with ground-nesting species being particularly vulnerable to predation of eggs and chicks. In fact, the distributions of mammalian predators and many waterbirds species are inversely related (i.e., where predator populations are the highest, these waterbird populations are consequentially the lowest). The adverse effects of predators on waterbird populations have resulted in the implementation of lethal predation management programs. However, VCR researchers have demonstrated that behavioral modification, implemented by aversive conditioning strategies (e.g., treatment of eggs with nausea-inducing compounds), have strong potential for reducing the negative impacts of predators on waterbirds.

Caption: Distribution of mammals (with and without trapping programs) and bird colonies (indicated by black markers) over the last several decades in the VCR LTER site.