ALTERNATIVE STABLE STATE DYNAMICS – Understanding the processes that cause nonlinear changes in coastal marine ecosystems is critical, given growing anthropogenic pressures. In this context, some of the best examples of nonlinear ecological changes and their underlying causes have come from marine studies, including research at the Virginia Coast Reserve in the Long Term Ecological Research (LTER) network 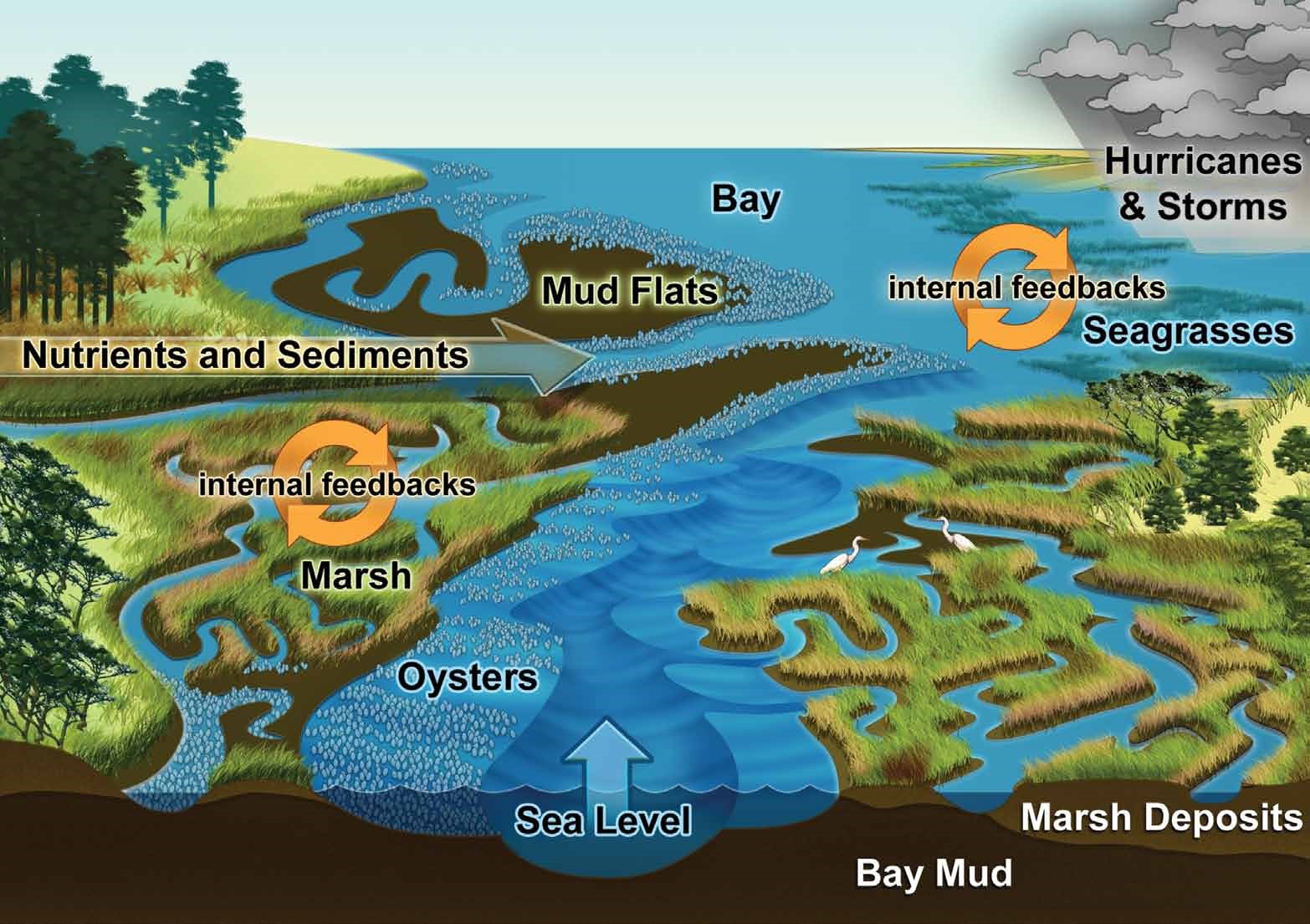 The dynamics of shallow-water coastal environments are controlled by external drivers—sea level rise, storms, and sediment and nutrient supplies—and by internal feedbacks. Interactions of biological processes (vegetation growth, organism dynamics) and physical drivers (climate, storms) can lead to nonlinear responses to changing conditions and and alternative stable states of ecosystems. Within the VCR LTER, we have developed a conceptual framework for studying interactions between the dynamics of marshes and habitats in shallow coastal bays with sediments (seagrass, oyster reefs). In the subtidal part of the landscape, two alternative stable states can exist—one dominated by seagrass up to a certain depth that represents a tipping point to the second, unvegetated stable state. The depth limit of the seagrass stable state is influenced by (1) the positive feedback of vegetation on reducing sediment suspension and improving the light environment for growth, (2) climate (e.g., temperature), and (3) water quality. Two stable states are also present in intertidal areas, with salt marshes lying above mean sea level and tidal flats below mean sea level. State transitions are driven by sediment availability, sea level rise, the relative strength of wind waves with respect to tidal currents, and the biological feedback of vegetation on sediment stabilization and accretion.

State-change dynamics in one system may propagate to adjacent systems, and this coupling may influence the landscape-scale response to environmental change. Seagrass meadows and oyster reefs affect adjacent marshes both positively (wave attenuation) and negatively (reduced sediment supply), and marsh-edge erosion could negatively influence the light environment for seagrass growth. Forecasting the resilience of coastal ecosystems and the landscape-scale response to environmental change in the next century requires an understanding of nonlinear dynamics, including the possibility of multiple stable states, and potential early warning signs of thresholds of ecosystem change. 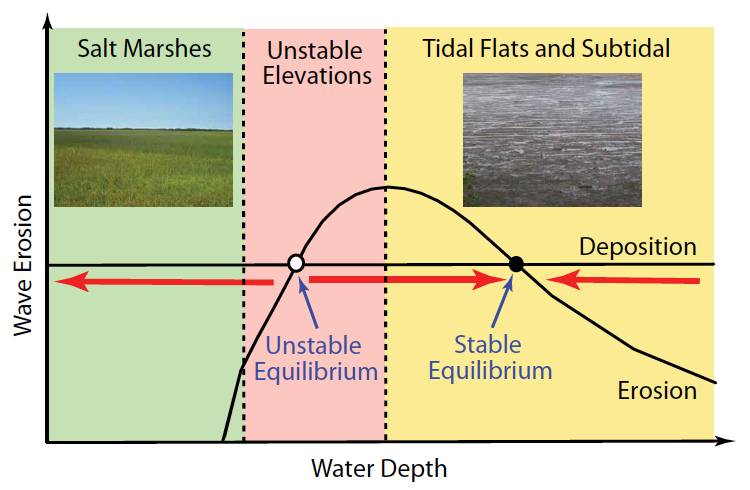 Caption: Wave erosion as a function of water depth in tidal flats. Equilibrium is attained at two points when sediment deposition equals erosion. However, one of the points is unstable, and small variation in elevation are not recovered by the system.